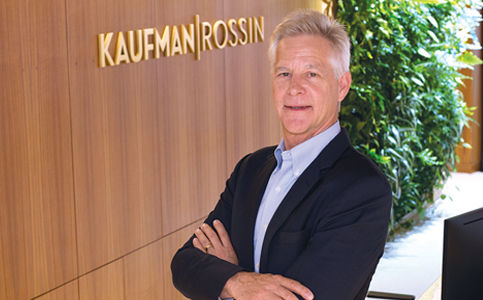 Originally from Indiana, Blain Heckaman came to Miami in 1984 as a young accountant for sun and fun and landed at Kaufman Rossin, one of the nation’s top 100 accounting firms, serving entrepreneurial, public , non-profit and individual.

Mr. Heckaman rose through the ranks and nearly four decades later is now CEO of the company overseeing approximately 500 employees and the company’s operations with customers in all 50 states.

Mr. Heckaman credits much of his success to the culture and people who worked with him at Kaufman Rossin. “I am very fortunate and the firm is very fortunate to have grown and evolved in a culture that focuses on its people first, and our challenge is to continue the legacy of Jim Kaufman and Jay Rossin,” did he declare.

Mr. Heckaman has just begun his final four-year term at the helm of the company, and he is already working on a smooth transition so that the company continues to lead the industry.

With many responsibilities on his desk, he still manages to get involved in supporting the community. He served as president and treasurer of the nonprofit Voices for Children and has served on the board since 2002. He and Kaufman Rossin support the YWCA and he currently chairs the nonprofit organization’s Economic Justice Council. non-profit.

To read the full article and the rest of Miami Today’s issue, subscribe to e-MIAMI TODAY, an exact replica of the print edition.