A long-time Richmond investment management firm has found its latest suitor via Australia.

Thompson, Siegel & Walmsley, also known as TSW, is to be acquired by Pendal Group for $320 million, the companies announced this week.

Based in the West End, TSW has $23.6 billion in assets under management, adding to the $21.1 billion that Pendal manages in the United States under its subsidiary JO Hambro Capital Management.

The deal, which is expected to close later this year, will give Pendal 100% ownership of TSW, including 25% owned by TSW management and the remaining 75% owned by investment management firm BrightSphere. . 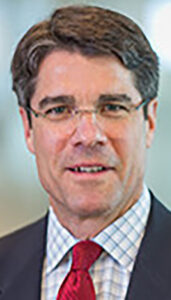 As part of the agreement, TSW will retain its corporate headquarters at 6641 W. Broad St. in Reynolds Crossing. CEO John Reifsnider will head up the combination of TSW and JO Hambro.

Reifsnider, who has been with the company for 15 years and CEO since January, was unavailable for comment on Monday.

The pending acquisition of Pendal will mark TSW’s third acquisition since its founding in 1969, by namesakes Matthew Thompson, John Siegel and S. Pierce Walmsley IV.

These three people owned the company until 1985, when it became affiliated with United Asset Management. It was part of the UAM until the BrightSphere deal 15 years later.